The Plane Pull is a fun team challenge to see how fast your team can pull a Bombardier Q400 NextGen aircraft, weighing approximately 37,000 lbs. Each team consists of 10 motivated people who are up for the challenge. Once a team is warmed up, they'll grab the rope and, after the starter's whistle blows, each team pulls the plane 100 metres in the shortest time.


In 2013, the Plane Pull was the first event that Team Game Day entered. With the help of our community, we raised an incredible $11,000, helping the event raise over $90,000. We also managed to pull the plane in a winning time of 53 seconds.


In 2014, we raised $10,000 and pulled the plane in only 51 seconds. Unfortunately, our team captain Gerry Johnston was not at our side, as his battle with ALS ended in February 2014. We were joined by our friend Denise Alexander who was diagnosed with ALS in April 2013. She motivated us to pull even harder and spread more awareness and bring hope to those that are living with ALS.


In 2015, Team Game Day had another strong showing of only 52 seconds.


Donations and Messages of Motivation

If you would like to make a donation, you can do so HERE. 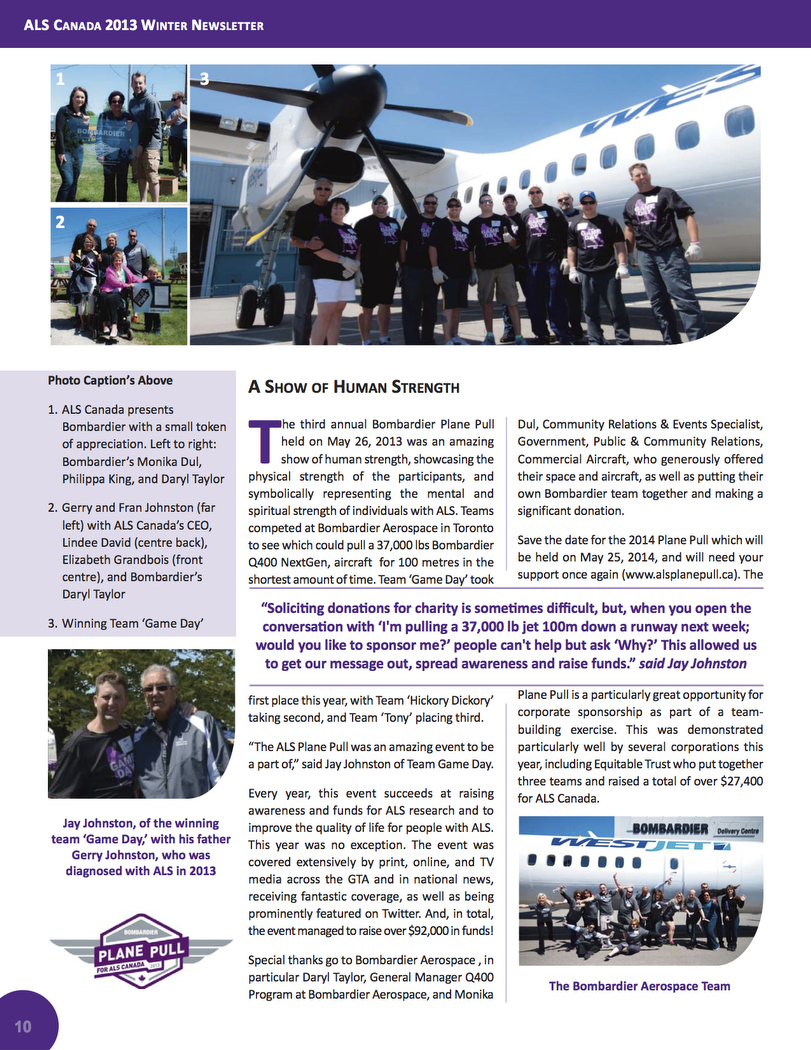 To learn more about upcoming events, contact us at info@teamgameday.ca